Ten people arrested based on concrete evidence against them as claimed by Police and questions, protests, graffiti started floating on mainstream and social media to prove them innocent. Sympathisers of these alleged Maoists started questioning the credibility of Police and Government. Few called it ‘emergency’ despite Law establishments cooperating in the legal processes initiated by lawyers. Information bombarding started from all directions and new propaganda began that there is nothing called ‘Urban Maoism ‘or ‘Urban Naxalism’. Welcome to the era of Fourth Generation warfare where ‘perception’ plays a key role !!!

‘Maoism’ and ‘Naxalism’ are one and same. Naxalism does not have a separate ideology. Its ideology is Maoist ideology. The Maoists’ three Magic weapons are Party (leadership), Armed cadre (operating from jungles) and United front (a network of mass organisations in Urban areas).

In Nov 2013, MHA filed an affidavit before the Supreme Court acknowledging that ‘The ‘frontal’ organisations of CPI (Maoist), operating under the garb of human rights NGOs, have kept the Maoist movement alive and are more dangerous than armed cadres. These ‘mass organisations’ (‘frontal’) are generally manned by ideologues, who include academicians and activists, fully committed to the party line. Such organisations ostensibly pursue human rights-related issues and are also adept at using the legal processes of the Indian state to undermine and emasculate enforcement action by the security forces. They also attempt to malign the state institutions through propaganda and disinformation to further the cause of their ‘revolution’. The state governments are required to initiate legal action against the Maoist front organisations in towns and cities, which are the main source of recruitment of underground cadres and also disseminate the unconstitutional and violent Maoist ideology to vulnerable sections of the population. However, initiating legal proceedings against them has often resulted in negative publicity for the enforcement agencies due to the effective propaganda machinery of the CPI (Maoist).’

In February 2013, UPA Govt has declared in Loksabha a list of 74 Maoist Front organisations who work for CPI (Maoist) in the garb of Rights Activists. Kabir Kala Manch, Indian Association of People Lawyers (IAPL) are two names from that list. The same Kabir Kala Manch activists were involved in the organisation of Elgaar Parishad on Dec 31, 2017. Surendra Gadling, arrested on June 6, was secretary of Indian Association of People’s Lawyers. Committee for Release of Political Prisoners (CRPP) is also one of the enlisted names for which Rona Wilson used to work. Evidence produced during judicial proceedings of convicted Maoist G N Saibaba also reveals names of several Maoist front organisations associated with and working for banned terrorist organisation CPI (Maoist).

CPI (Maoist) drafted various strategy Documents after their merger in 2004. In the Maoist Document ‘Strategy and Tactics of Indian Revolution’, Chapter 13 titled ‘Work in Urban Areas’ elaborates functioning of Maoists in Urban Areas through the network of Mass Organisations. Maoists state in that Document ‘ The urban movement is one of the main sources, which provides cadres and leadership having various types of capabilities essential for the people’s war and for the establishment of liberated areas. Moreover, the responsibility for the provision of supplies, technology – expertise, information and other such things, to the people’s war, too lies on the shoulders of the urban revolutionary movement itself. Hence the Party has to pay special attention to allocate leadership cadres accordingly to work in the urban movement.’. It further elaborates that there are three objectives of Maoist Urban work – 1. Mobilising and organising masses 2. Build United Front (Network of Mass Organisations) 3. Military Tasks. All these efforts are to overthrow the democratic and constitutional system prevalent in India.

‘ From the beginning of the revolutionary movement to its end, the urban areas will remain as strong recruiting centres for the revolutionary party. Cadres have to be continuously sent as organisers and as leaders at various levels to the areas of armed struggle by imparting the necessary ideological and political knowledge.’ Says CPI (Maoist) strategy Document.

In the view of so many evidence and history of conviction of Urban Maoists such as G N Saibaba, Vernon Gonsalves, Sridhar Srinivasan and many more, ‘Urban Maoism’ is definitely a National security threat and not a fiction. While Law and Police are countering this threat through Constitutional means, Citizens to need to use this word ‘ Urban Maoist’ responsibly. 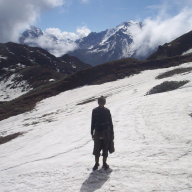